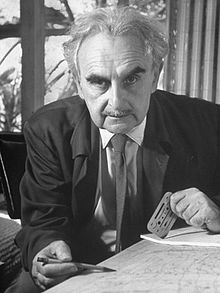 Richard Joseph Neutra was an Austrian-American architect. Living and building for the majority of his career in Southern California, he came to be considered among the most important modernist architects. He was born on April 8, 1892 in Vienna, Austria. Educated at the Technical Academy, Vienna, and the University of Zürich, Neutra, with the German architect Erich Mendelsohn, won an award in 1923 for a city-planning project for Haifa, Palestine. Neutra moved to the United States the same year, working briefly for the firm of Holabird and Roche in Chicago and at Taliesin in Spring Green, Wis., with Frank Lloyd Wright. In 1977 he was posthumously awarded the AIA Gold Medal. In 2009, the exhibition "Richard Neutra, Architect: Sketches and Drawings" at the Los Angeles Central Library featured a selection of Neutra's travel sketches, figure drawings and building renderings. An exhibition on the architect's work in Europe between 1960 and 1979 was mounted by the MARTa Herford, Germany. He died on April 16, 1970 in Wuppertal, Germany.