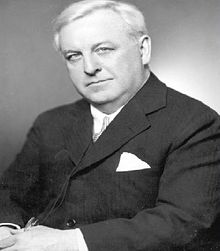 Ralph Thomas Walker was an American architect, president of the American Institute of Architects. He was born on November 28, 1889 in Waterbury, Connecticut. He attended Massachusetts Institute of Technology (MIT) and studied with Rhode Island architect Howard K. Hilton. In 1916 he went to work for the New York firm of McKenzie, Voorhees and Gmelin, where he remained for the rest of his career. Walker was an active member of the American Institute of Architects (AIA) and became its president in 1949. During his two-year presidency he was instrumental in establishing the AIA's College of Fellows which gained approval in 1952. In 1957, on the occasion of the AIA's 100th anniversary, the AIA recognized Walker's extraordinary service to the profession by creating a special award for him, the AIA Centennial Medal of Honor (Gold Medal). The headline of The New York Times reporting the award dubbed Walker the "Architect of the Century." To commemorate the event, Walker also wrote and published an autobiography.