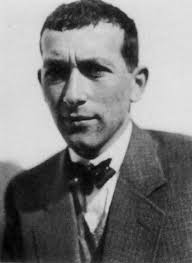 Marcel Lajos Breuer was a Hungarian-born modernist, architect and furniture designer. One of the masters of Modernism, Breuer extended the sculptural vocabulary he had developed in the carpentry shop at the Bauhaus into a personal architecture that made him one of the world's most popular architects at the peak of 20th-Century design. Marcel Lajos Breuer was born in Pécs, Hungary in 1902. In 1968, he received the AIA Gold Medal. He was born on May 21, 1902 in Pécs, Hungary. From 1920 to 1928 Breuer studied and then taught at the Bauhaus school of design, where modern principles were applied to the industrial as well as to the fine arts. In 1928 Breuer began the private practice of architecture in Berlin. For the Swiss architectural historian Sigfried Giedion, he designed the Dolderthal Apartments, Zurich.