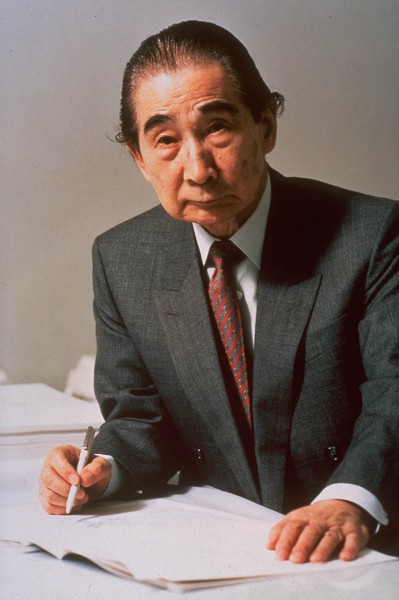 Kenzo Tange was a Japanese architect, and winner of the 1987 Pritzker Prize for architecture. He was one of the most significant architects of the 20th century, combining traditional Japanese styles with modernism, and designed major buildings on five continents. Kenzo Tange was born in Osaka, Japan in 1913. He graduated from the University of Tokyo in 1938 and worked for Kunio Maekawa until 1941. He studied city planning at the graduate school at the University of Tokyo after which he assumed a position as an assistant professor of architecture. He received a degree in engineering in 1959. Two years later Tange established Kenzo Tange + Urtec which later became Kenzo Tange Associates. He served as professor of urban engineering at the University of Tokyo from 1963 to 1974, when he retired as professor emeritus. He received the AIA Gold Medal in 1966. He died on March 22, 2005 in Tokyo, Japan.