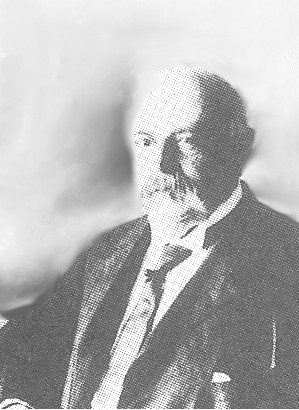 George Browne Post was an American architect trained in the Beaux-Arts tradition. He was born on December 15, 1837 in New York City, New York, United States. He graduated from New York University in 1858 with a degree in civil engineering. He then became a student of Richard Morris Hunt from 1858 to 1860. He also designed more staid public and semi-public structures: the New York Stock Exchange Building, Bronx Borough Hall, and the Wisconsin State Capitol. A true member of the American Renaissance, Post employed noted artists and artisans to produce decorative sculpture and murals. Among those who worked with him were the sculptor Karl Bitter and the painter Elihu Vedder. he was a founding member of the National Arts Club and served as its president from 1898 to 1905. In 1905 his two sons were taken into the partnership, and they continued in business after Post's death, notably as designers of many Statler Hotels in cities across the United States. The firm carried on under Post's grandson Edward Everett Post (1904–2006) until the late twentieth century. He received the AIA Gold Medal in 1911. He died on November 28, 1913 in Bernardsville, New Jersey, United States.