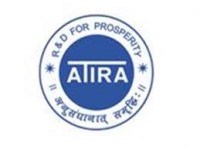 ATIRA is an autonomous non-profit association for textile research. It is the largest of its kind in India for textile and allied industries. ATIRA was established on 13th December 1947, and started in 1949 after due recognition by the Council of Scientific and Industrial Research under the Ministry of Science and Technology, Government of India. Later it was linked to the Ministry of Textiles. ATIRA is located in Ahmedabad, 900 km South West of New Delhi and 500 km North of Mumbai. It is well connected by air, rail and roads. The ATIRA campus is surrounded by other major educational institutions such as Gujarat University, PRL, L.D. Engineering College, IIM and AMA.