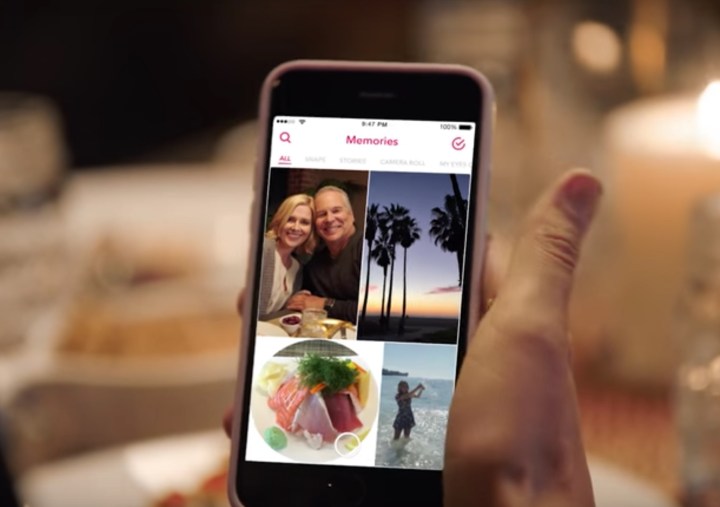 Snapchat introduced memories to relish the users by real time sharing snaps. By the venture of Memories, helps to save and share old snaps in a private archive with in the main app. With the help of this, photos and videos can be organized, edited and shared even after a long time. Soon after the memories acquainted in snapchat, it reflects in its growing status.

Now memories begin with snapchat for Android and iOS. The 24 hour collection of photos and videos can be able to save to snapchat’s server and it can be viewed later in the memories section of the app. The saved photos in memories are arranged in reverse-chronological order. It offers the facilities of individual snaps, stories and live previews of the snaps. It also contains tabs for viewing just snaps, just stories, or your phone’s complete camera roll. By tap and hold a app to enable a variety of new interactions like edit, adding geofilters and timestamps. The older snap can be share it to current story, it appears with a white frame and timestamp to indicate as an older snap. Multiple photos select to create a new story and then share it to your friends. Photos can be easily find with the help of search features like anniversary dates, timehop. The company has built object recognition into search, and can detect "hundreds" of objects to start with: sunsets, surfing, the ocean, and so on. But the object recognition is done on your phone, not in Snapchat’s cloud, for an additional layer of privacy.

The one more section included in the memories known as "My Eyes Only", helps to keep snaps as private by having PIN code to access those memories. Once you forget your PIN, snapchat won’t recover the images. At its best, snapchat is a most authentic social network because it doesn't have any permanent record. The app’s reported 150 million daily users increasingly use it to film major milestones in their lives. The captured photos have been redesigned custom geofilters to share it. Most of the people prefers snapchat’s private archive of photos rather than publicly browsable photos in facebook.