Know about the Father of Standard Time 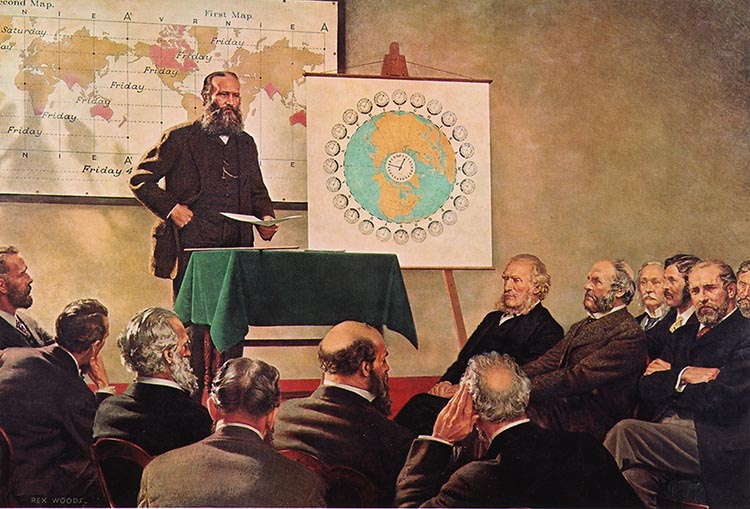 Do you know who invented the worldwide standard time? Many are not aware of this.

It's Sir Sandford Fleming, a Scottish Canadian engineer, inventor and a prolific designer who was knighted for his accomplishments by Queen Victoria in 1897. Today’s Google Doodle reflects Fleming’s legacy on the 190th anniversary of his birth”, according to the search engine giant. He was born on 7th January 1827 in Kirkcaldy, Scotland to  Andrew and Elizabeth Fleming when regions used solar time to set their own clocks.

Inspiration of inventing the standard time:-

Fast-forward to Ireland in 1876, when a mistake printed in a timetable caused Fleming to miss his train, an incident which apparently inspired his proposal for the introduction of standardized time. He presented the idea of a worldwide standard time at a meeting of the Royal Canadian Institute (RCI) on February, 8, 1879. Solar time worked well enough until trains came along and the need for standardized time arose, with the introduction of synchronized clocks also aiding weather forecasting.

Fleming advocated for dividing the world into 24 time zones beginning at the Greenwich Meridian and spaced at 15 degree intervals. It followed the introduction of Greenwich Mean Time across Great Britain in 1847. His proposal gave way to the International Prime Meridian Conference which convened in 1884 and was attended by 25 nations. It was here that Fleming’s system of international standard time was adopted.

Fleming was behind the adoption of the present time meridians in both Canada and the U.S. Before Fleming's time revolution, time of day was a local matter, and most cities and towns used some form of local solar time, maintained by some well-known clock (for example, on a church steeple or in a jeweler's window). Standard time in time zones was not established in U.S. law until the Act of March 19, 1918, sometimes called the Standard Time Act.

After becoming an apprentice surveyor at the age of 14, Fleming emigrated, along with his older brother, to Canada in 1845 when he turned  18. He founded the RCI in 1849, an organisation which grew into a world renowned centre dedicated to the advancement of science.

Fleming was also known for helping build the Intercontinental Railway, serving as chief engineer of the Canadian Pacific Railway, designing Canada’s first postage stamp (The three-penny stamp issued in 1851 had a beaver on it), designing an early in-line skate in 1850 and surveying for the first railroad route across Canada.