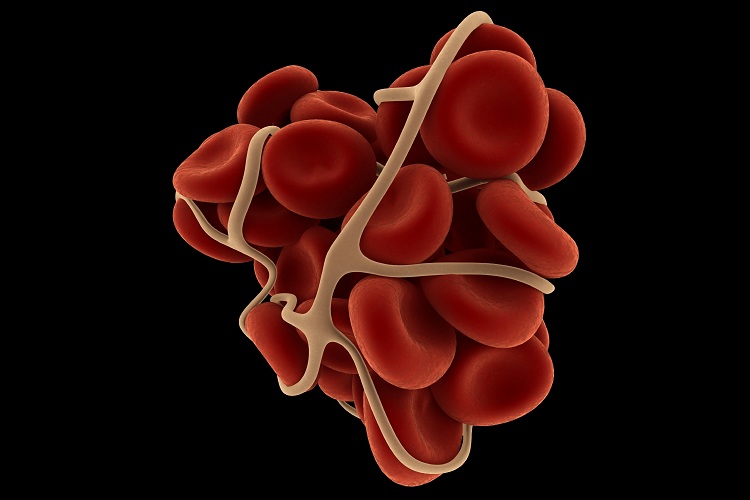 World Hemophilia Day is an international observance held annually on April 17 by the WFH. It was started in 1989; April 17 was chosen in honor of Frank Schnabel's birthday. The World Federation of Hemophilia (WFH) is an international non-profit organization dedicated to improving the lives of people with hemophilia (also spelled haemophilia) and other genetic bleeding disorders

Hemophilia has been called a "royal disease".  This is because the hemophilia gene was passed from Queen Victoria, who became Queen of England in 1837, to the ruling families of Russia, Spain, and Germany.  Queen Victoria's gene for hemophilia was caused by spontaneous mutation.  Of her children, one son, Leopold, had hemophilia, and two daughters, Alice and Beatrice, were carriers.  Beatrice's daughter married into the Spanish royal family.  She passed the gene to the male heir to the Spanish throne. Queen Victoria's other daughter, Alice, had a carrier daughter, Alix.  Alix became the Empress Alexandra at her marriage to Russia's Czar Nicholas in 1894.  Their son, born in 1904 and named Alexis, inherited hemophilia from his mother.  The young man Alexis was treated for bleeds by the mysterious Rasputin, known as a holy man with the power to heal.

It research has come a long way.  Around 1900, scientists found that human blood could be divided into groups or types.  This made blood transfusions much more successful.  In 1930, scientists learned how to separate blood into its major parts, plasma and red cells.

How do you get hemophilia?

People are born with hemophilia. They cannot catch it from someone like a cold.Hemophilia is usually inherited, meaning that it is passed on through a parentâs genes. Genes carry messages about the way the bodyâs cells will develop as a baby grows into an adult. They determine a personâs hair and eye color, for example.

Sometimes hemophilia can occur when there is no family history of it. This is called sporadic hemophilia. About 30% of people with hemophilia did not get it through their parentâs genes. It was caused by a change in the personâs own genes.

How is hemophilia inherited?

The hemophilia gene is passed down from parent to a child. The genes for hemophilia A and B are on the X chromosome. For this reason, hemophilia is called an X-linked (or sex-linked) disorder.

Women can only have hemophilia if their father has hemophilia and their mother is a carrier. This is very uncommon.

In rare cases, a person can develop hemophilia later in life. The majority of cases involve middle-aged or elderly people, or young women who have recently given birth or are in the later stages of pregnancy. This condition often resolves with appropriate treatment.

How Is Hemophilia Diagnosed?

Mild hemophilia is indicated by a clotting factor in the plasma thatâs between 5 and 40 percent.

Moderate hemophilia is indicated by a clotting factor in the plasma thatâs between 1 and 5 percent.

Severe hemophilia is indicated by a clotting factor in the plasma of less than 1 percent.

Hemophilia A with a prescription hormone. This hormone is called desmopressin, which they can give as an injection into your vein. This medication works by stimulating the factors responsible for the process of blood clotting.

Hemophilia C using plasma infusion. The infusion works to stop profuse bleeding. The deficient factor responsible for hemophilia C is only available as a medication in Europe.

You can also go to physical therapy for rehabilitation if your joints are damaged by hemophilia.