World Defense Budget $1.7 trillion. Why the hell are we spending this much? 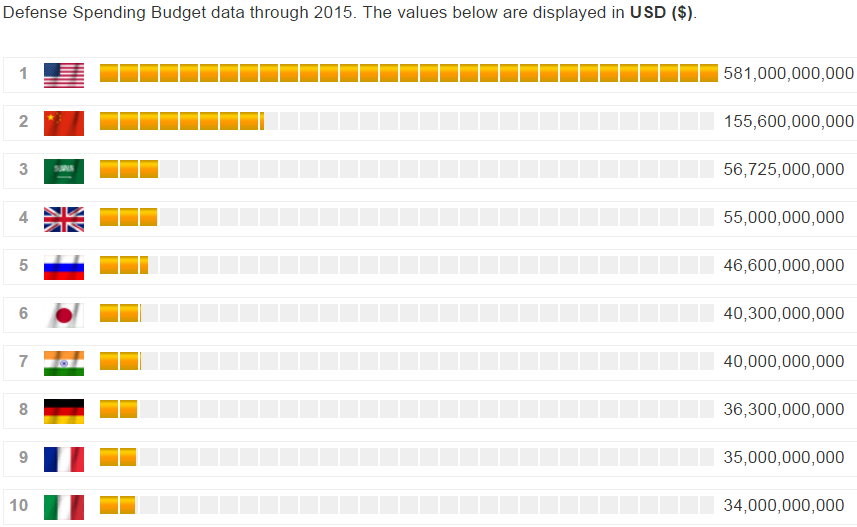 The world starves with hunger. About 795 million people are undernourished globally, just over one innine. the vast majority of the hungry (98 percent), live in the developing regions. Nearly 11 percent of the world’s population is under nourished. In sub-Saharan Africa one person in four is undernourished. Two-thirds of the world’s hungry live in Asia.

Here is the statistics that made me freak out. World's military spending was $1.7 trillion in 2015.This figure above is the top 10 defense budget.

Most of you will be  unaware of the digit term of zeros behind. Do you know? The sum of the top ten defense budget of one financial year is enough to wipe out poverty from all over the world. yes that's enough to make this world hunger free. Then why the hell are we spending this much on defense from our own race? when many starve to death .Why can't we make world a better place to live than to battle?