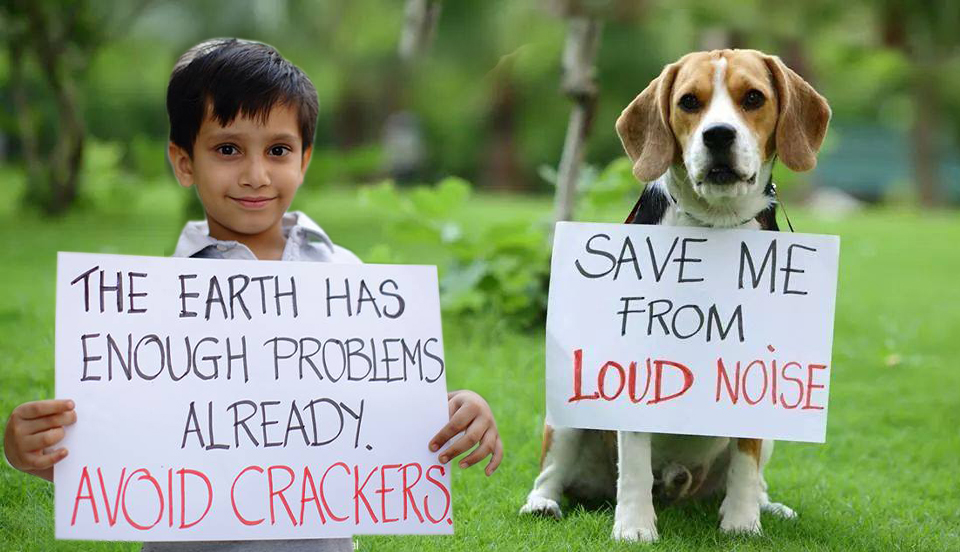 Diwali is the festival of lights to symbolize victory of good over evil .But bursting a lot of crackers on that day cause much adverse effect to the environment that we live. So please avoid fireworks. We have also listed the top 10 hazards on bursting crackers below.

The smoke that emanates from crackers pollutes the air as well as the environment because of the        chemicals used in manufacturing them.

The Carbon Dioxide emitted while burning firecrackers is a major cause for global warming.

Recent studies have shown that the chemical particles also contaminate the water bodies. They penetrate the soil and even result in the contamination of the ground water making it unfit for consumption.

The suspended particles in the air because of burning firecrackers causes allergic conditions to skin, eye, throat and nose

Diseases like Bronchitis and Asthma get aggravated due to the suspended particles, Sulphur Dioxide, and Nitrogen Dioxide. In recent times, people suffering from these Chronic Pulmonary diseases have started taking refuge in hilly places or even hospitals.

Children from the age of 6 to 16 are more susceptible to breathing problems because of the smoke.

The heavy metals used in the firecrackers will leave a residue in the lungs of people causing permanent damage.

Say A BIG NO TO CRACKERS