How to Study Smart and Save Time? 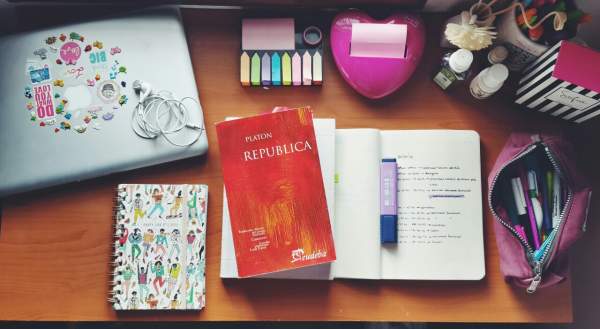 Learning is a process similar to building a house. You aren’t fed the complete picture. Limitations on communication prevent the instantaneous transmission of knowledge. Instead you listen to lectures, read textbooks and take painstaking notes to try and comprehend a subject. You are fed building supplies, bricks, mortar and glass. It is up to you to assemble the building. Unfortunately, most learning strategies fall into two basic types:

Memorization – Instead of building anything you simply stare at each brick for several minutes trying to record its position.

Formulas – This is the equivalent to being blind, fumbling around a new house. You can’t see the building itself but you learn to come up with simple rules to avoid walking into walls.

There is nothing particularly wrong with either of these strategies, assuming they aren’t your entire strategy. The human brain isn’t a computer so it can’t memorize infinite sums of knowledge without some form of structure. And formulas no longer work if the questions they are designed to solve change scope.

The alternative strategy is to focus on actually using the information you have to build something. This involves linking concepts together and compressing information so it fits in the bigger picture. Here are some ideas to get started:

Metaphor – Metaphors can allow you to quickly organize information by comparing a complex idea to a simple one. When you find relationships between information, come up with analogies to increase your understanding. Compare neurons with waves on a string. Make metaphors comparing parts of a brain with sections of your computer.

Use All Your Senses – Abstract ideas are difficult to memorize because they are far removed from our senses. Shift them closer by coming up with vivid pictures, feelings and images that relate information together. When I learned how to do a determinant of a matrix, I remembered the pattern by visualizing my hands moving through the numbers, one adding and one subtracting.

Teach It – Find someone who doesn’t understand the topic and teach it to them. This exercise forces you to organize. Spending five minutes explaining a concept can save you an hour of combined studying for the same effect.

Leave No Islands – When you read through a textbook, every piece of information should connect with something else you have learned. Fast learners do this automatically, but if you leave islands of information, you won’t be able to reach them during a test.

Test Your Mobility – A good way to know you haven’t linked enough is that you can’t move between concepts. Open up a word document and start explaining the subject you are working with. If you can’t jump between sections, referencing one idea to help explain another, you won’t be able to think through the connections during a test.

Find Patterns – Look for patterns in information. Information becomes easier to organize if you can identify broader patterns that are similar across different topics. The way a neuron fires has similarities to “if” statements in programming languages.

Build a Large Foundation – Reading lots and having a general understanding of many topics gives you a lot more flexibility in finding patterns and metaphors in new topics. The more you already know, the easier it is to learn.

Don’t Force – I don’t spend much time studying before exams. Forcing information during the last few days is incredibly inefficient. Instead try to slowly interlink ideas as they come to you so studying becomes a quick recap rather than a first attempt at learning.

Build Models – Models are simple concepts that aren’t true by themselves, but are useful for describing abstract ideas. Crystallizing one particular mental image or experience can create a model you can reference when trying to understand. When I was trying to tackle the concept of subspaces, I visualized a blue background with a red plane going through it. This isn’t an entirely accurate representation of what a subspace is, but it created a workable image for future ideas.

Learning is in Your Head – Having beautiful notes and a perfectly highlighted textbook doesn’t matter if you don’t understand the information in it. Your only goal is to understand the information so it will stick with you for assignments, tests and life. Don’t be afraid to get messy when scrawling out ideas on paper and connecting them in your head. Use notes and books as a medium for learning rather than an end result.