A Salute to Our Heroes - Kargil Vijay Diwas 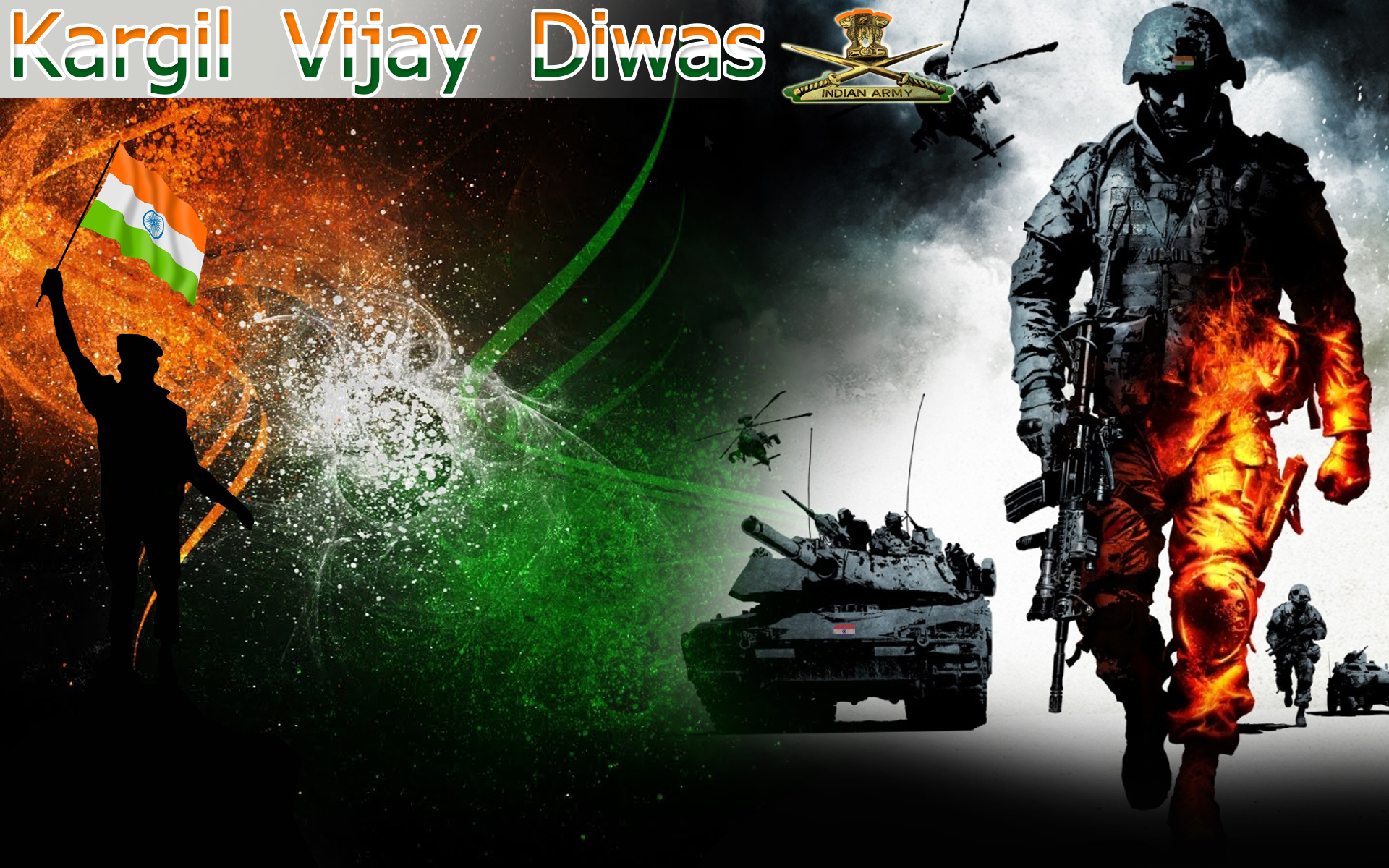 This day is commemorated all over India. Our prime minister will pay homage to the soldiers at Amar Jawan Jyothi at India Gate every year

Kargil is and its surrounding places are one of the hardest to live during winter season and so it's common among both Indian and Pakistan army to abandon some outposts with extreme cold in the outer rig and they will occupy it again during the summer season which was followed during 1999 also.

But during February of 1999 the Pakistan army reoccupied its abandoned posts and it also sent its troops to capture some of the Indian army posts in the guise of mujahideen, into territory on the Indian side of the LOC. The infiltration was codenamed "Operation Badr".its aim was to sever the link between Kashmir and Ladakh, and cause Indian forces to withdraw from the Siachen Glacier, thus forcing India to negotiate a settlement of the broader Kashmir dispute.

Pakistani intrusions took place in the heights of the lower Mushkoh Valley, along the Marpo La ridgeline in Dras, in Kaksar near Kargil, in the Batalik sector east of the Indus River, on the heights above of the Chorbatla sector where the LOC turns North and in the Turtok sector south of the Siachen area.

India failed to detect intrusions at first due many reasons such regular patrolling was not started at that season and due to heavy shelling by Pakistan army which gave a cover to infiltrators. But the ambushing of an Indian patrol team led by Capt Saurabh Kalia, who acted on a tip-off by a local shepherd in the Batalik sector, led to the exposure of the infiltration. At first army had a view that they are jihadists . After that the army clearly came to know that that they are regular Pakistani paramilitary force by the tactics. The Indian Army started responding swiftly.

won war .The whole war became an eminent example for our army's bravery and stood as proof that Indian Army is the king of high terrain modern ware fare. Numerous soldiers lost their life battlefront to serve our nation.

It's our duty to pay tribute to our nation's hero's who guards us 24/7 and at the hardest climate like siachen to ensure our safety and well being. Jaihind