Discover all educational resources in Amritsar

Amritsar ( pronunciation ; Punjabi: ਅੰਮ੍ਰਿਤਸਰ; Punjabi pronunciation: [əmːɾɪt̪səɾ]) historically also known as Rāmdāspur and colloquially as Ambarsar, is a city in north-western part in India. It is the spiritual centre for the Sikh religion and the administrative headquarters of the Amritsar district in the state of Punjab.

It is home to the Harmandir Sahib (commonly known as the Golden Temple), the spiritual and cultural center for the Sikh religion. This important Sikh shrine attracts more visitors than the Taj Mahal with more than 100,000 visitors on week days alone and is the most popular destination for Non-resident Indians (NRI) in the whole of India. The city also houses the Sikh temporal and political authority, Akal Takht, as well as the Sikh Parliament.

The 2011 Indian census reported the population of the city to be 1,132,761. Amritsar is situated 217 kilometres (135 mi) northwest of state capital Chandigarh. Amritsar is situated near Pakistan, with the Wagah Border only being 28 km (17.5&mi) to the west with the nearest city Lahore, the second largest city in Pakistan being only located 50 km away (31 mi).

The main commercial activities include tourism, carpets and fabrics, farm produce, handicrafts, service trades, and light engineering. The city is known for its rich cuisine and culture, and for the Jallianwala Bagh massacre in 1919 under British Rule. Amritsar is home to Central Khalsa Orphanage, which was once a home to Udham Singh, a prominent figure in the Indian independence movement. 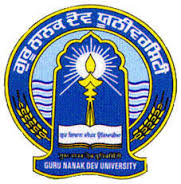 View More
Other Names for Amritsar